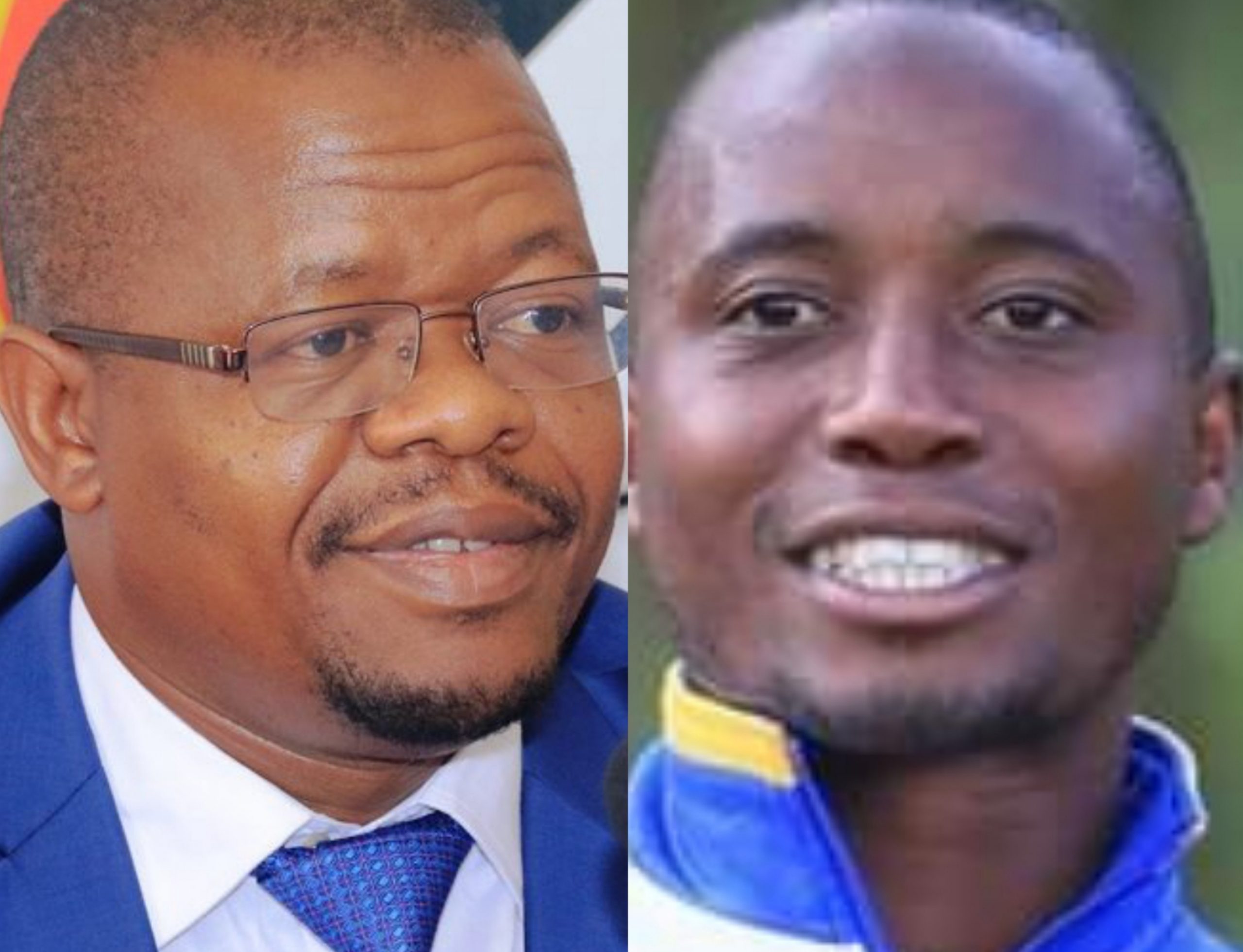 After consultations, theGrapevine established that no Uganda Cranes player is on pay roll, except the coaching staff. The players however survive on allowances and hand-outs which sometimes never reach in time, or never reach at all.

But Mutyaba, who also formerly played for Congo’s TP Mazembe and KCCA FC without holding any word back boldly called upon the FUFA President to stop “eating” players’ money, claiming that enough has already been seen.

“If I don’t have the right to talk about Ugandan football then who does? I agree to be hated but let me be the players’ voice,” the aggressive forward said, before attacking without looking back, spitting venom without regret.

“Today I am here to talk about the monthly salaries paid by the government to Uganda Cranes players,” Mutyaba said before revealing that 50m is released every month by the government through the national council of sports and signed by FUFA CEO Edgar Watson to be paid to players but to his disappointment, it never gets to the rightful beneficiaries.

“It’s now coming to three years and none of them has ever received a single coin. That brings us to a conclusion that the money is being eaten by Eng Moses Magogo,” Mutyaba said.

“Besides the shillings 10billion FUFA Uganda receives for Uganda cranes, I believe they would have considered players welfare as a key area if we wanted to promote the beautiful game. Lets also reflect on the allocation of COVID1919 funds from FIFA, so the entire point is Eng Moses Magogo is the greatest among FUFA presidents but has failed to account for the money,” he added, arguing that Magogo should be more considerate to suffering football players.

Mutyaba also appealed to FUFA and all its subsidiaries to grant its players a moderate freedom of expression through free speech.

Ex-Cranes star, David Obua also notably pointed out the same, revealing that there was a lack of freedom of speech in the Cranes camp in 2011 after the team had failed to qualify for AFCON 2012.

Before his latest outburst, Mutyaba had just a day back called upon Magogo to chose to serve either as a Parliamentarian, or FUFA president, but not the two at once.

Apparently, the FUFA president is also just waiting to swear in next month as the Budiope East MP having been elected in the just concluded January 14 polls.

Since FUFA is registered as a trading company and not a direct government entity, there’s no law forbidding Magogo to hold both offices. But Mutyaba stresses that however good Magogo is, he should retire from the FUFA president position because he can’t serve two masters at a go. He insists that the two responsibilities both require so much commitment to be effectively handled by just one man.

Regardless, Magogo who has seemingly structured his FUFA institution relatively well doesn’t look like he’s going anywhere away from the Mengo establishment, but the former player insists “It’s time Eng Moses Magogo resigns” as FUFA president.

“The country appreciates all the achievements and development towards football but the question stands, will football still get the best out of you after going to parliament?” Mutyaba adds to his argument.

According to Mutyaba, the FUFA should be now headed by anitjer person; like Justus Mugisha, Mujib Kasule or Rodgers Mulindwa who have also have played a big role in the development of football in Uganda.

They Have Unfinished Bussiness in Parliament: NRM SG Explains Why Kadaga, Oulanyah Will Not Be Allowed In Kyankwanzi… 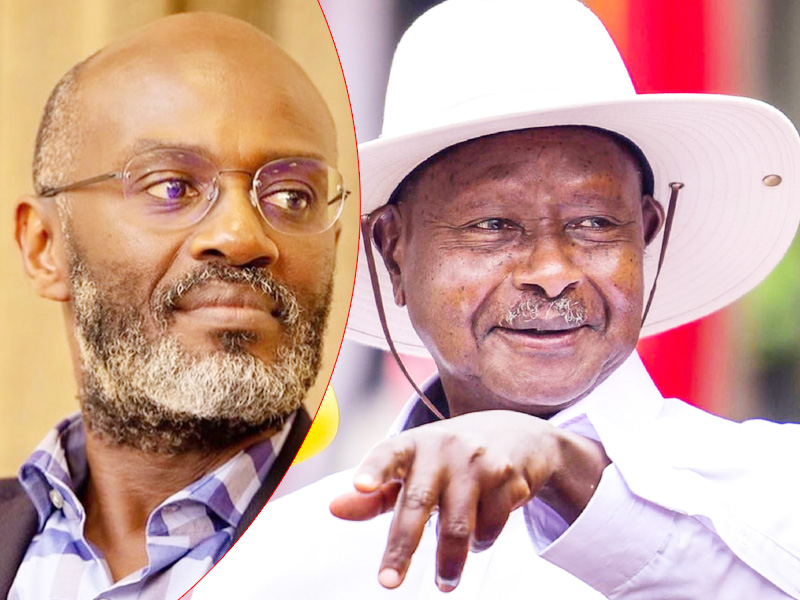 Mwenda revealed that when the misunderstanding between Rwanda and Uganda was at its peak, with each nation accusing the other of espionage, intelligence operatives advised President Museveni to fire all his assistants of Rwandan descent.

Mwenda said that among the people that intelligence wanted to be removed from the state house was the beautiful Munyarwanda woman who has been in charge of President Museveni’s bedroom for a long time.

He added that after reading a strongly worded intelligence report, Museveni took his time to interrogate the dossier and he took a strong decision which hurt his intelligence team by refusing to fire his assistants.

While moderating ‘The hot seat’ talk show on KFM radio on Friday, Mwenda explained that Museveni trusts Rwandese more than Ugandans that’s why all the people surrounding him are Banyarwanda.

It is on this note that Mwenda wondered why the President does not come out to rescue Rwandans from the ongoing harassment from country’s immigration department.

He revealed that he has investigated and established that these people are facing a lot of hardships to get passports and National identity cards.

He said that many of the people who have Rwanda like name are stateless because Uganda refused to give them passports and National Identity cards yet they cannot go to Rwanda because they were born in Uganda and all are parents have lived, died and have been buried in Uganda.

Mwenda gave an example of Ritah Kanya, a news anchor with NTV Uganda and wife to senior investigative journalist Raymond Mujuni who is currently stateless because both her National Identity card and passports were canceled at the Immigration over her Rwandan roots.

He insisted that Kanya was born in Uganda in Kisoro district and his grandfather was a sub county chief, so it is wrong to declare her stateless.

He pleaded with President Museveni to intervene in the matter because National Unity Platform(NUP) supporters are also threatening Banyarwanda that when they take power, they will be sent back to their country.

Land forces commander and also first son, Lt. Gen. Muhoozi Kainerugaba led the Uganda-Rwanda negotiations which resulted in the reopening of the Katuna border which was closed by president Kagame in 2017 on allegations of mistreating Rwandese in Uganda.

Lt. Gen. Muhoozi revealed through twitter that very soon, he is going to travel to Rwanda to meet his loving uncle.

Efforts to reach Simon Peter Mundeyi, the immigration spokesperson, were fruitless because his known phone numbers were not going through.

The Directorate of CID has summoned the Member of Parliament for Aringa South County for statement recording.

According to police mouthpiece, Fred Enanga, the summon was sent through the office of the Rt. Hon. Anitah Among to appear at CID Headquarters on October 4th 2022, at 10 am.

He revealed that Hon. Alioni Yorke Odria is alleged to have acted in a disorderly manner on 29th September, 2022 in Parliament where he attacked and punched a police officer who was on duty without any legal justification.

It should be remembered that on September 29th, at about midday, Mr. Alioni Yorke Odria stormed the House with a ballot box of pre-ticked ballot papers and accused some individuals of ballot stuffing and rigging the elections.

Alioni insisted, “There is rigging happening here. Vote rigging! Vote rigging. I am ready to die. The ballot boxes have been stuffed.”

Moments later, he punched a police officer on the neck. The officer quietly walked away from the legislator.

Hon. Odria then hurriedly walked off to Parliament’s South parking lot where a team was setting up ballot boxes [under a tent] that were to be utilised later for the voting exercise.

“Media should stay here because there is rigging taking place,” Hon. Odria said. He eventually walked away.

We Will Never Allow You To Be President – First Son Muhoozi Warns Bobi Wine, Vows To Even Defeat Him In An Election…. 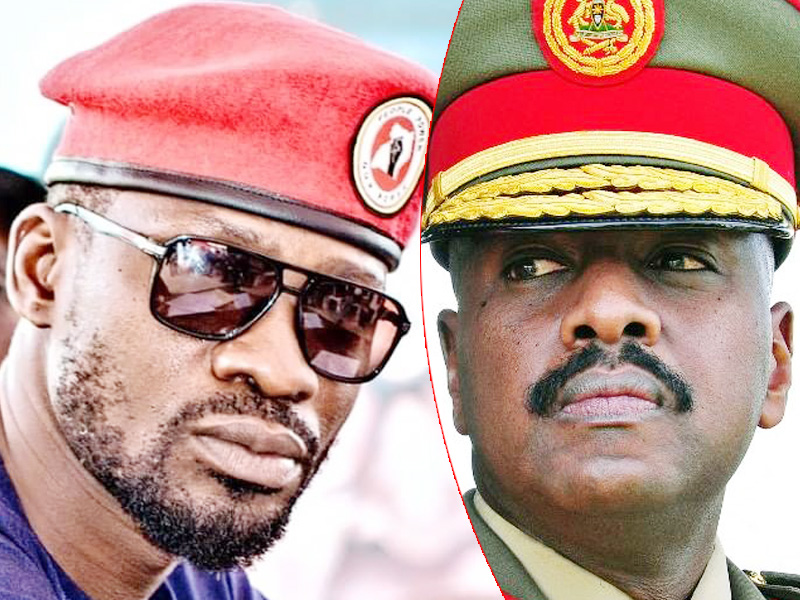 Lt. Gen. Kainerugaba revealed that in an election with Bobi Wine, he (Muhoozi) would beat him very badly.

“I don’t fear an election against Kabobi. I would beat him very badly!  We beat him in 2021, we will beat him again,” he tweeted.

Muhoozi added, “Kabobi should know that we will never allow him to be President of this country.”

In support to Muhoozi’s statement, events promoter and head of MK project army, Balaam Barugahaara noted that Bobi Wine was overthrown by Butchman as Ghetto president, that is why he can never compete with Muhoozi who has millions in his Muhoozi Army.

“The Ka brother was overthrown by Butcherman on Ghetto presidency he can never compete with you who has millions of Muhoozi Army. As commander underneath Force of MK Army, he can’t even get a quarter of our Support,” Balaam emphasized. 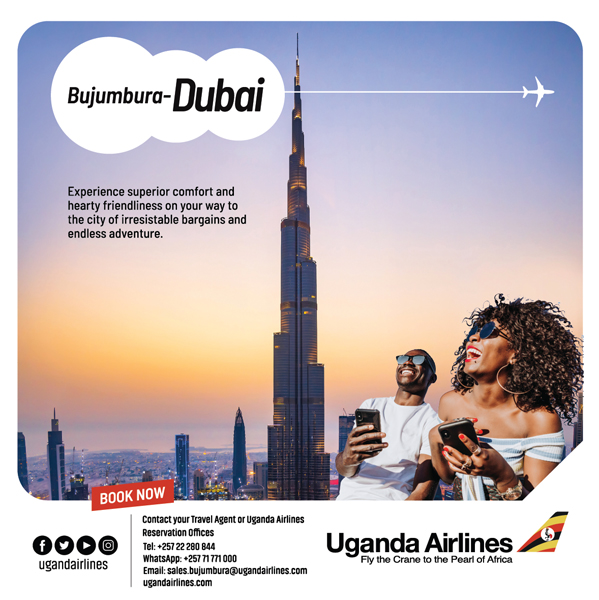 We Will Never Allow You To Be President – First Son Muhoozi Warns Bobi Wine, Vows To Even Defeat Him In An Election….

We Agreed In The Bush Not To Attack Each Other’s Family; Gen. Saleh, Minister Otafiire Summon Former Minister Nadduli Over Son’s Kidnap…

Panic In Judiciary; M7 Receives Detailed Report On  Corrupt Judicial Officers And How They Get  Bribes…

Is Museveni Under Captivity? Top Legislator Narrates How Untouchables In Government Are Holding President Hostage… 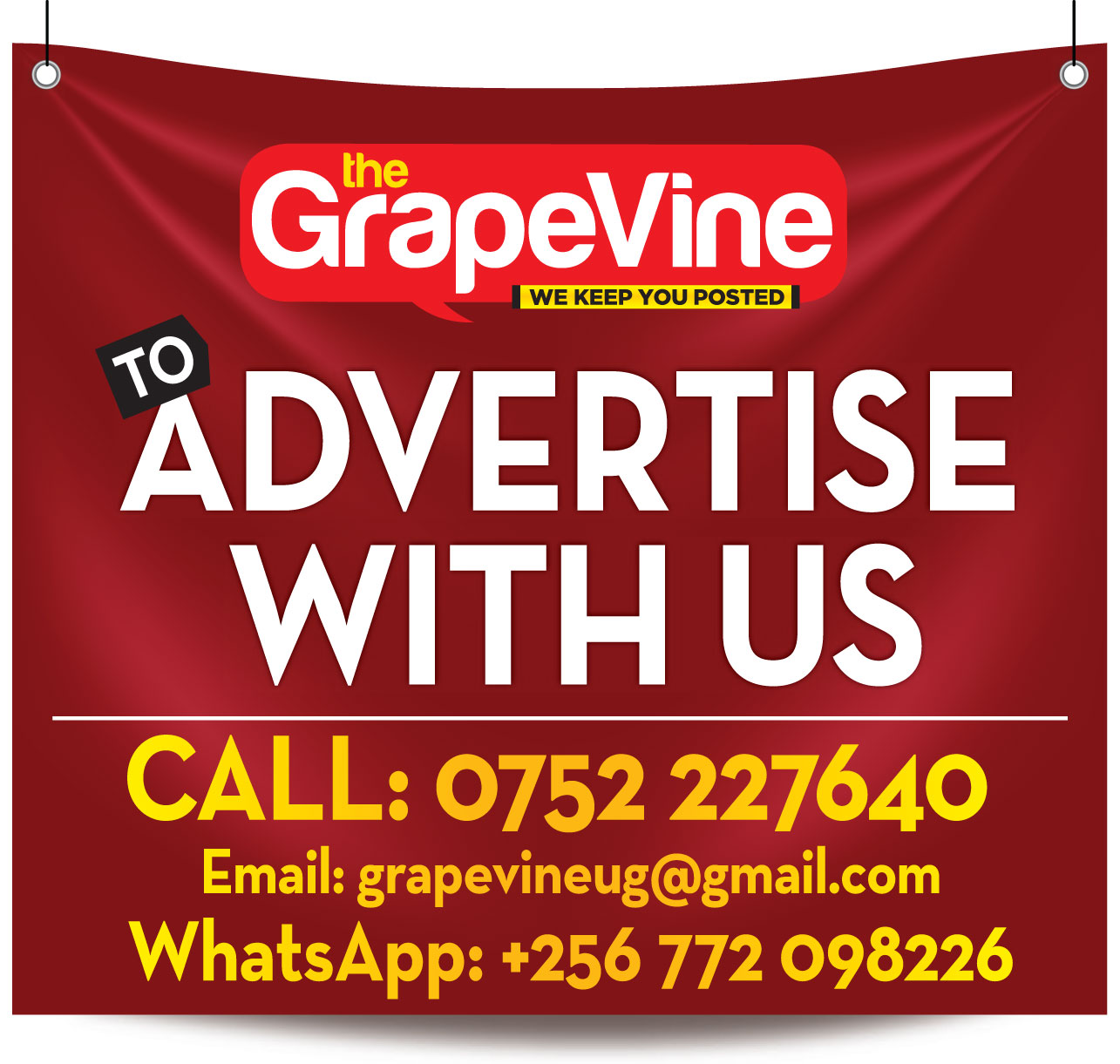