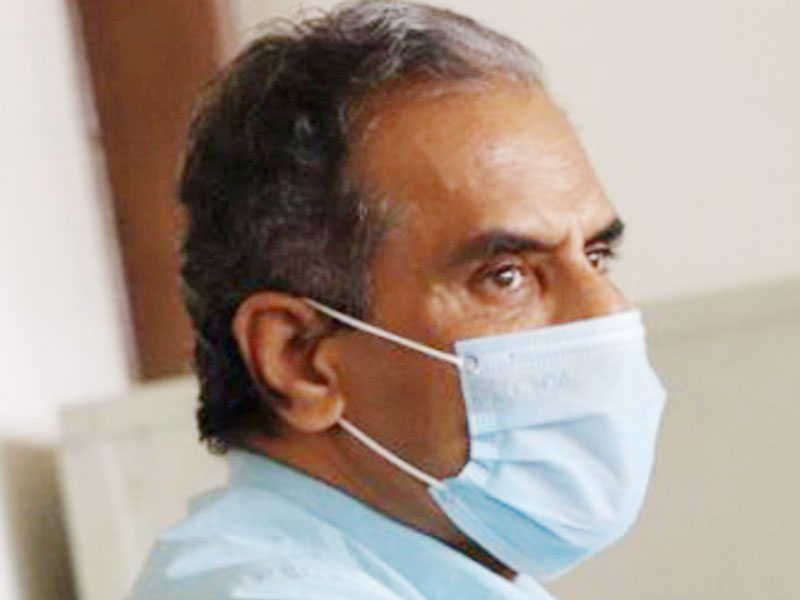 Controversial Indian tycoon Mukesh Babuhai Shumuk’s problems are not about to end.

His closest associates are now mocking him that the ghost of the late Boney Mwebesa Katatumba is haunting him.

Before he breathed his last in 2017, Katatumba was battling with Shumuk over a number of properties including; Diplomat International hotel Muyenga, a building on Plot 2 Colville Street in Kampala and land at Ssese Islands.

They even instituted criminal proceedings against him at Buganda Road on charges of forgery.

Now, before his battles with Katatumba’s family end, the Indian tycoon was recently served with an execution order signed by Elizabeth Akullo, the Nakawa Court Chief Magistrate, evicting him from the building that houses Shumuk Aluminum Industries Limited in Lugogo, where he is the proprietor.

The magistrate issued the execution orders after High Court Civil Division in Kampala dismissed Shumuk’s application for stay of execution on grounds that he lacked sufficient evidence to support his case.

Mega Industries limited took Shumuk to court after he tried to steal their building.

They allege that after renting the building to Shumuk for some time, they told him to leave because they wanted to develop the land.

Shumuk turned against them claiming that the building belongs to him and he had bought it from the Asian Custodian Board.

The battle went to court and Shumuk and Mega Industries both presented evidence to prove that they are the rightful owners of the building.

Court ruled that the building belonged to Mega industries.

Arnold Kimara, one of the lawyers who has been representing Mega Industries limited, the owners of the building disclosed that they have been battling with Shumuk in Court for over 14 years, and they are pleased that Court has delivered a judgement in their favour in 2020.

He added that they used the services of Court Bailiff Jackson Mwesigwa to execute the Court order and the contested building was demolished on Friday last week in the presence of the Uganda police.

Shumuk is still battling with costs that Court slapped on him after losing a parliamentary election petition to National Unity Platform (NUP), Spokesperson, Joel Ssenyonyi.

Ssenyonyi defeated Shumuk and others in the 2021 election for Nakawa West parliamentary seat.

Shumuk petitioned the High Court seeking to overturn the outcome of the January 14 polls, claiming that the results that were declared by the Electoral Commission did not reflect the voters in Nakawa West.

He alleged that area presiding officers connived with Ssenyonyi’s agents to alter the Declaration Results forms to snatch his victory.

Justice Isaac Muwata ruled that Shumuk failed to prove to the satisfaction of the court that there were irregularities in the election of Ssenyonyi that could have tilted the election in his favour.

He dismissed the petition with costs.

EXCLUSIVE: I’M READY TO DIE! Gen. Saleh’s Girl Reveals How Her Brother Was Poisoned, Spills Dirty Secrets On How Her Family’s Murderers Are Being Backed By MP Opendi To Finish Her Off….

Why Is DP President Armed And Protected By SFC? – DP Members Vow To Chase Mao Out Of DP, Party Calls Them Dogs, Vows To Crush Their Head… 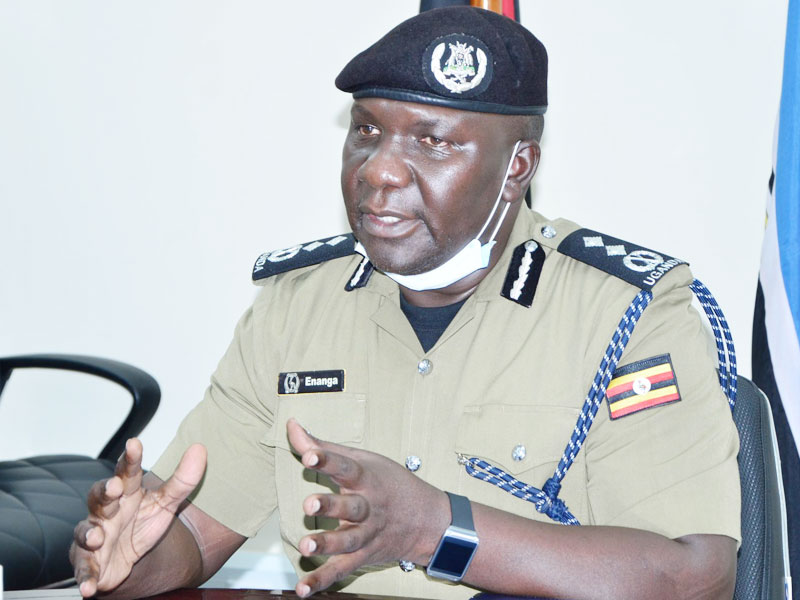 Security operatives have been tasked to answer fire with fire if assailants attack them.

This directive comes after a number of attacks that have been happening on different police stations.

Addressing press today, Police mouthpiece Fred Enanga noted that orders have been issued to security personnel, especially commanders to respond to any armed attacks with fire.

Enanga added that any assailant who tries to attack security personnel will face a similar response from security.

He disclosed, “The leadership of the joint security agencies has tasked all territorial commanders RPCs, DPCs, commanders of police stations, police posts, detaches, checkpoints to be prepared to respond to any form of violence that targets their personnel or facilities.

“Whereas security personnel are trained on how to protect the public, they are also trained on how to use tactics and proportionate force under violent and unpredictable incidents like ambushes, attacks at checkpoints, detaches and other security facilities.”

Enanga insisted that they want to inform all security personnel that the leadership of joint security agencies stands with them and that they are doing everything possible to prevent such unprovoked attacks and ambushes on them.

“There should not be tolerance of attacks on security personnel and robbery of guns which are fundamental to public safety and security.”

He also revealed that they are trying to build the intelligence on attackers, especially in Luweero and most recently in Kapeeka.

He further honoured the comrades that died in the line of duty in Luweero, Busika, Gadaffi barracks, Iganga and Kapeeka.

“We want to assure their families that all these fallen comrades are our heroes, and we are inspired by their selfless acts of bravery.” 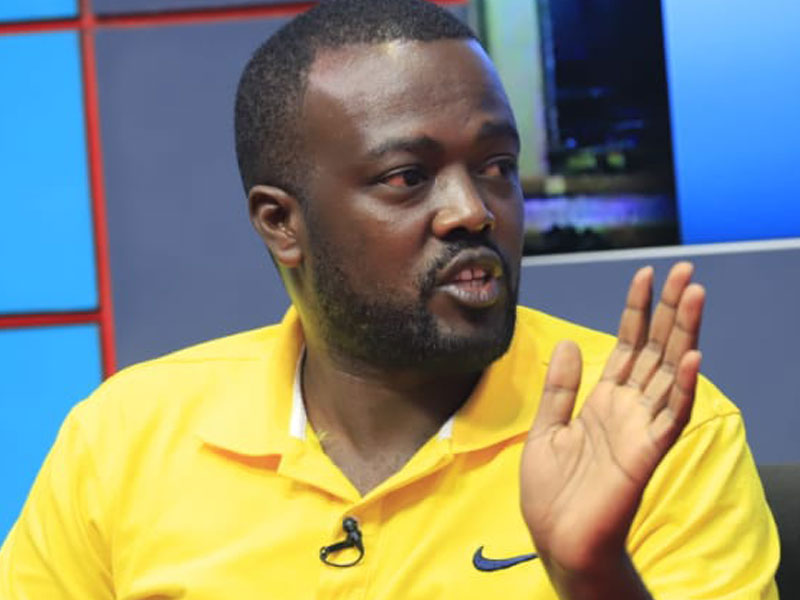 Burora’s statements come after an incident that claimed Mr. Waliggo Ronald (38), a Boda Boda cyclist who was a resident of Kirinya Bigo, Kawanda in Wakiso who had a misunderstanding with Ssali Abdul, who was driving a Uganda People’s Defence Force (UPDF) car.

Appearing on a TV show, Burora noted that in the Army, one is trained that if someone points a gun at you, you do as that person says.

“Yes, there could be some insecurity, but this insecurity can be handled. We have faced several situations, but they have always been solved. The issue of attackers will be solved too,” he added.

Burora contended that they have to work with the people because, by the time someone steals a gun from the police, it means ordinary people are vulnerable too.

“So, we need to work together and avail information about any suspicious people,” he said.

Former Kawempe South Member of Parliament, Mubarak Munyagwa noted that the Army rarely announces that they lost people in attacks.

“Seeing the UPDF Spokesperson coming out to announce the loss of their officer, the motive is to create a state of emergency.”

He also emphasized that they need to be careful when dealing with security officers.

According to National Resistance Movement (NRM)’s Rogers Mulindwa, the Army is the most disciplined force and by the time shots are fired, it means the scuffle is big.

“There could be a few undisciplined elements in the forces, but not all of them are like that. We also don’t have to provoke these officers,” he added.

He divulged, “We should stop joking about matters of security. We all need to be vigilant and conscious. Even the officers who have lost their lives are human beings like us.

“When we have such issues of insecurity, we have to look at them from a national perspective, work together with the authorities and provide the necessary information.” 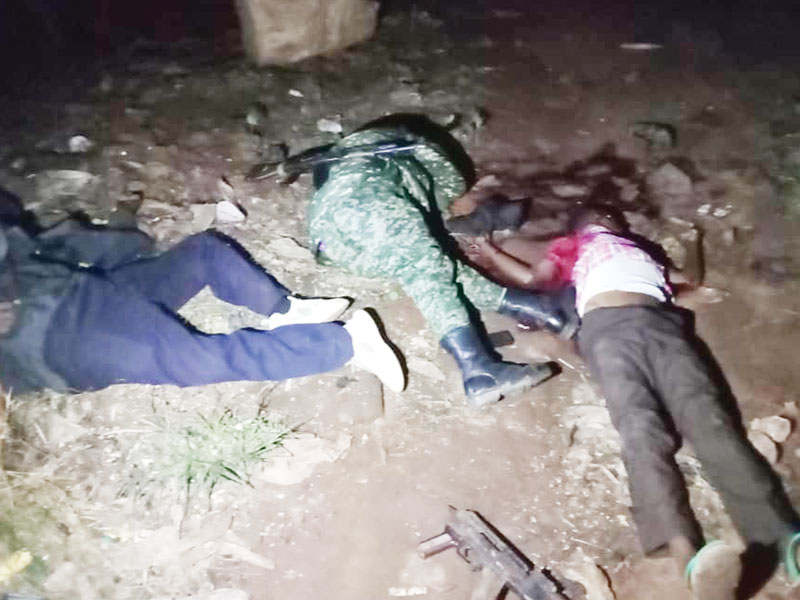 According to Defence spokesperson, Brig. Felix Kulayigye, a UPDF foot patrol was ambushed at 1030hrs in Kikondo cell in Kapeka town council by two assailants armed with one AK 47 rifle.

“His colleagues fired back on target, killing all the two assailants instantly, and recovered the gun they used in the attack, no weapon was lost by UPDF.”

Brig. Kulayigye further disclosed that in a related incident, an intelligence led operation working together with Uganda Police and other sister forces in Iganga district on Saturday 26 November 2022 Put Out of Action the assailant that carried out an attack on a sentry along Ambercourt road in Gadaffi Barracks, where one soldier was killed and two SMG rifles stolen.

“All the two guns were recovered from the assailant.”

He adduced that the UPDF and sister security forces have therefore launched a full scale on slot on criminals interested in picking rifles to make unpalatable the appetite for gun acquisition.

“The criminals attempts on our forces shall be met with full force.”

This comes after a number of attacks on several police stations.

According to Kampala Metropolitan Police Deputy Spokesperson, ASP Luke Owoyesigyire, investigations into the matter commenced aided by CCTV cameras to try to identify the attacker and their movements.

THIS IS WAR! Don’t Think You Are Big Because You Are Wearing A Colonial Wig On Your Head – Bobi Wine Stings D/Speaker Tayebwa, Applauds Zaake…

Parliament To Censure Minister Namuganza On Grounds Of Indiscipline…

KEEP YOUR MONEY; We Shall Not Accept Homosexuality, Lesbianism And Abortion – First Lady Slams European Funders Over LGBT…

MP Malende Family, Boyfriend Clash On Who To Take Care Of Her In Kenyan Hospital…

EXCLUSIVE: I’M READY TO DIE! Gen. Saleh's Girl Reveals How Her Brother Was Poisoned, Spills Dirty Secrets On How Her Family's Murderers Are Being Backed By MP Opendi To Finish Her Off….