Prime Minister Robinah Nabbanja has summoned the leadership of the Uganda Bureau of Statistics (UBOS) over their ill advice on government’s Parish Development Model (PDM).

In an exclusive interview with theGrapevine, Nabbanja revealed that it was improper for UBOS leadership led by Dr. Chris Mukiza, the Executive Director of UBOS and Dr. Albert Byamugisha, the UBOS chairperson to rubbish a government project before the media, instead of addressing it with government stakeholders.

“I am going to summon them to my office, they should explain to me why they went to the media before briefing me or the Ministry of Finance Planning and Economic Development,” she said.

She added that the government officials especially the ministers and Members of Parliament have been mobilizing people to prepare to receive the money, and the people have in turn organised themselves through SACCOS to be given money to develop themselves, but telling them that the money is not coming make them lose all the hope they had and puts government in bad light.

Nabbanja admitted that there are still a few hicups with data collection especially in towns and municipalities but in villages, authentic data of the beneficiaries is already available.

“It is true in towns it is very difficult to follow those people who will borrow the Parish Development Model funds because many of them don’t have permanent homes, they are just renting. Foe example, today, a person who stays in Nateete may receive PDM funds and then shift the next day to Kasangati and also receives money from there. That is why we need to get a better solution on how to handle such incidences,” Nabanja explained.

On Tuesday, Dr. Mukiza told journalists at his office in Kampala that the data that has been collected by the local leaders which the government is set to follow when delivering PDM cash is not authentic.

“We shall not advise the government to release the money now because we have not completed the collection of data across the country. Until we get the right data, government cannot release this money,” Mukiza said.

He further warned that if government releases the money, wrong beneficiaries will benefit and poor people will not because the data collected is not authentic.

Government is set to release over Shs100m to each SACCO at the parish level for beneficiaries to borrow, invest and return later.

Who Wants To Finish Attan? FDC Candidate For Soroti Allegedly Poisoned Ahead Of Election…

Corruption, Infighting Cited In Firing Of Top UETCL Bosses, Some To Face Investigation…

Mr. Kwame Ejalu, the UETCL board chairman and some of the UETCL staff

On 10th August 2022, Kwame Ejalu, the UETCL board chairman issued a memo to staff communicating changes which were to take immediate effect among top managers of the company.

He stated, “The Board of Directors of the UETCL, in exercise of its mandate, has made some changes at the company’s top management level, re-engineering all its business processes therein with immediate effect.

“This exercise is an inevitable phenomenon in the company’s life, driven by rationality of efficiency, allowing for maximisation of wanted benefits in developing a good corporate governance culture at the company in the interest of its shareholders.”

Sources at UETCL told theGrapevine that the line ministers Ruth Nakabirwa Ssentamu, the Minister for Energy and Mineral Development together with Evelyn Anite, the State Minister for Investment directed Ejalu to fight corruption and internal infighting within the company to save its image.

“Your predecessors failed in teamwork, integrity and respect for one another, which are UETCL’s core values. There were so many issues of corruption,” Anite said.

Sources further revealed that when Ejalu started his work, a number of UETCL bosses started fighting him after he asked them how the process of land acquisition for the coming projects such as transmission lines and substations was done.

The parliamentary committee on natural resources is also investigating the alleged corruption and infighting within the company.

Justice Catherine Bamugemereire’s Commission of Inquiry into land matters established that UETCL bosses were involved in corruption during the acquisition of land to establish projects around the country.

In their report, the commission members recommended prosecution of the culprits. 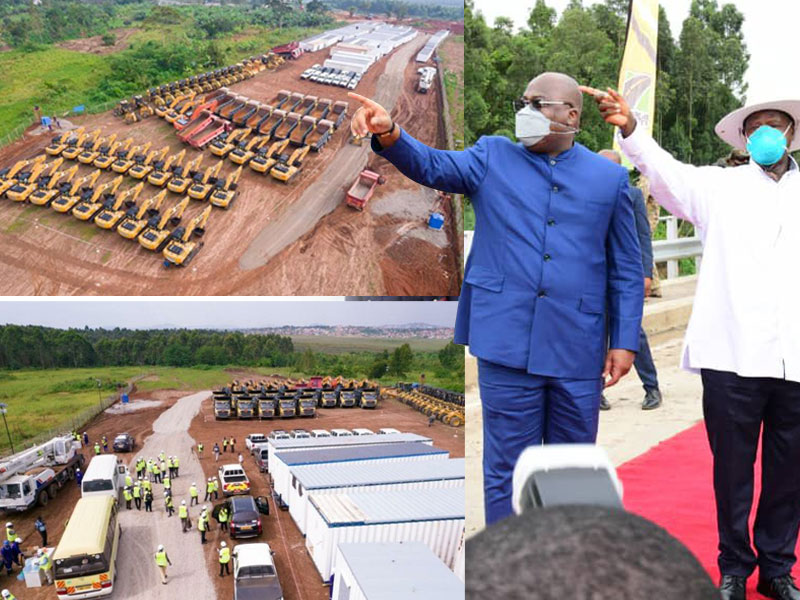 Presidents Museveni and his DRC counterpart Tshisekedi preside over groundbreaking ceremony for the construction of roads in DR. Congo

State minister for the East African Community Affairs James Magode Ikuya has confirmed that the government of Uganda is in high level talks with officials from President Felix Tshisekedi over the Shs243.7bn road construction deal signed with President Yoweri Kaguta Museveni in 2020.

Speaking to theGrapevine, Minister Magoda revealed that they have received a complaint from Dott Services Company which was contracted to construct roads from Kasindi-Beni, Kasindi-Butembo Axis and Bunagana-Rutshuru-Goma road projects.

“You know when you’re talking to people, especially brothers, you have to use soft means, we are also using soft means to talk to our friends from Kishasha to do what was agreed in the agreement signed by our principles,” Ikuya said.

Vincent Waiswa Bagiire, the Permanent Secretary in the Ministry of Foreign Affairs revealed that a team of officials from DRC were recently in Kampala for talks on how the agreement can be fulfilled and pleaded to Ugandans to be calm.

He added that the Ugandan ambassador to DRC is also following the matter and very soon, it will be sorted out.

Sources in Dott Services Limited revealed to theGrapevine that officials from DRC tax collecting body confiscated their equipment which included; excavators, tractors, rollers, cement and others on grounds that the company didn’t pay taxes to the DRC government.

Sources in the Attorney General’s chambers also told theGrapevine that it was clear in the agreement signed by both principles and line ministers that Uganda will not pay taxes for the equipment and other material goods which will be used in the construction of the roads.

In 2021, president Museveni and Tshisekedi made a groundbreaking ceremony at  Mpondwe on the border of both countries.

Museveni pleaded to natives in both countries to welcome the development because it was going to ease trade among them and the entire East African countries.

Sources revealed that president Museveni was more interested in the road construction and it was the very reason why he deployed UPDF to work with DRC forces to force the deadly ADF rebels out of DRC forests because he was very aware that their presence will frustrate the construction of the roads.

The UPDF mountain Brigade commander Maj. Gen. Kayanja Muhanga boasted that UPDF has slashed ADF out of their hidding camps and many of them are now fugitives. 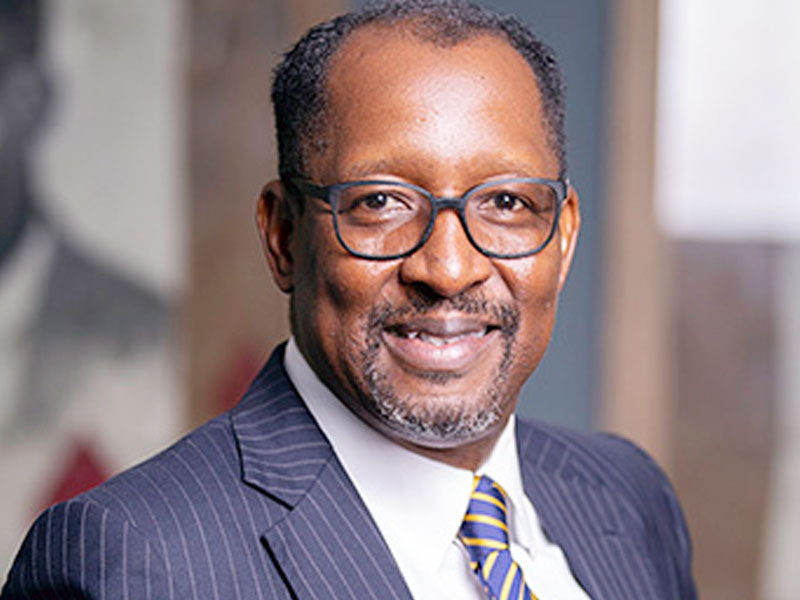 Court of Appeal has cancelled an order of the High Court directing National Social Security Fund (NSSF) to return Shs. 14 billion of the 10% employer contribution for over 900 employees of Uganda Telecom Limited (UTL).

In 2015, Uganda Telecom (UTL) top management and NSSF were sued by UTL employees as they tried to scheme and get back retirement benefits of 1,986 employees from NSSF.

In a February 6th letter to UTL, then managing director Ali Amir and the then NSSF deputy managing director Geraldine Ssali indicated that the Workers Fund was moving to return an unspecified amount of money to the workers, but without the knowledge of the beneficiaries.

The letter explained that the first batch, according to UTL records, was covered for 16 years regarding the matter on hand. The number, however, grew to 1,968 employees.

The letter read in part, “UTL’s management said they had been remitting money to NSSF in error. The regulator of both NSSF and the pensions scheme Uganda Retirements Benefits Regulatory Authority (UBRA) acting boss Moses Bekabye, said the matter had been brought to their attention and a legal team was assigned to examine its contents.”

According to Daily Monitor in 2015, prior to the writing of the letter, officials from both UTL and NSSF met on February 4th and discussed the status of the claim but the workers, some employed with UPTCL’s successor companies namely Uganda Communications Commission, Posta and Post Bank, said they had been kept in the dark about the deal.

The Uganda Communications Employees Union, therefore, sued both the Fund and UTL in the industrial Court challenging any refund of the contributions. They secured a temporary injunction blocking any payment.

Before the case in the industrial court could be determined, UTL filed an application for judicial review in the High Court, seeking an order to compel the fund to refund Shs. 14 billion, and obtained judgements in its favour.

Following a ruling in May 2016, in which High Court Judge Lydia Mugambe ordered NSSF to pay the contested sum to UTL, the Fund sought permission to appeal, leading to the two parties entering a “consent to stay execution” on May 27, 2016.

According to the consent, NSSF was to be allowed to appeal the ruling, but after depositing bank guarantees with the court to the tune of the contested sum.

NSSF would also provide UTL with a certificate of compliance showing that the telecom company had paid up its contributions to the Fund, whose absence UTL said was precluding it from competing for public contracts.

“When NSSF was required to issue bank guarantees and a certificate of compliance, they issued documents that were defective. This was in contravention of the agreement we had with them when they were granted the right to appeal,” Mr Andrew Kibaya, a lawyer for UTL lawyers Shonubi noted.

This week however, three justices of the Court of Appeal who included Cheborion Barishaki, Stephen Musota and Christopher Madrama cancelled the High Court decision insisting that UTL’s application in the High Court was wrongly instituted as an application for judicial review yet it instead challenged the correctness of the Fund’s decision to collect statutory contributions from certain UTL employees.

Speaking about the ruling, Richard Byaruhanga, the NSSF Managing Director, contended that this was a win to the UTL workers and the fund.

He said, “We welcome the Court of Appeal’s judgement because it affirms our position that once contributions are remitted to the Fund, they belong to the employee for whom they have been paid.

“Regarding this particular case, we are confident that as an employer, UTL errored in seeking a refund of the employer contributions on the basis of an alleged exemption.”

INTERVIEW: NRM Will Continue To Fish In The Fishing Ponds Of FDC, NUP, DP And Other Opposition Parties –  Capt. Mike Mukula…

PICTURES: What You Missed; Hottest, Coolest, Best And Worst Dressed Revelers At Blankets And Wine…

SHOCKING: NCS Officials Forced To Vomit She Cranes Money After Girls Protest Being Given Shs.50,000 Upon Returning From Birmingham Instead Of Shs.7 Million… 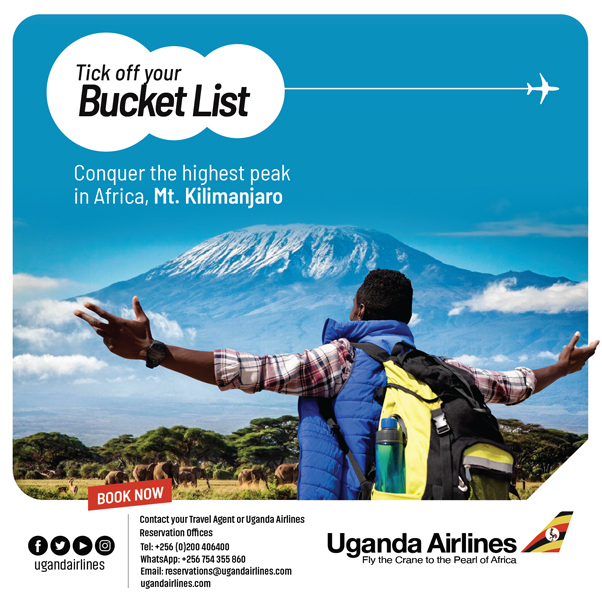 Who Wants To Finish Attan? FDC Candidate For Soroti Allegedly Poisoned Ahead Of Election...

Forum for Democratic Change (FDC) candidate, Attan Moses has allegedly been poisoned ahead of the Soroti