CDF Gen. David Muhoozi (L) right are some of the journalists who were brutalised by police and military

The Uganda Peoples Defence Forces (UPDF) Chief of Defence Forces  (CDF), General David Muhoozi has apologised to the journalists that were beaten by police and the  military while executing their duties yesterday, when they had gone to cover Robert Kyagulanyi aka Bobi Wine’s petition to the United Nations Human Rights Commission.

Kyagulanyi had gone together with others to deliver a petition to the UN to intervene in the continued abductions of Ugandans by armed  security operatives who use drone vans.

However, the police blocked all the people Bobi Wine had gone with, allowing only him, NUP Secretary General Lewis Rubongoya and Masaka Municipality Member of Parliament Matthias Mpuuga, before they brutalized all the other people he had gone with, in a bid to disperse them.

In reaction to the absurd development however, CDF Gen. Muhoozi has promised to take action against the perpetrators.

He admitted that lessons have been learnt from that and previous incidents and promised to liaise with the media to improve relationship that’s going so sour lately.

It should be recalled however that in August 2018, a similar incident occurred after Bobi Wine’s arrest in Arua, whereby journalists who were covering the protests that broke out in Kampala and other parts of the country were severely beaten by UPDF officers.

Then UPDF Spokesperson Brig Richard Karemire said that the CDF had ordered for the arrest of all officers involved, although  none has never been prosecuted to date.

According to Police, Bobi Wine successfully submitted his petition to the United Nations Human Rights offices, located at Prince Charles Drive, Kololo in Kampala, but he breached the standing COVID-19 regulations against holding processions, reason why they had to disperse the crowd that he had gone with to Kololo.

“Bobi Wine however disregarded the guidelines and held an illegal procession and assembly involving bodabodas, motor vehicles and supporters walking on foot,” Police spokesperson Patrick Onyango said in a statement.

“Although we respect the rights of citizens to freely assemble and express themselves, the health and safety of all Ugandans and visitors, and rule of law remains our top priority,”  he added.

Onyango also noted, as a reminder, that all unlawful rallies, assemblies and processions are still restricted under the health protocols in place.

We Want A Woman VP And Leader Of Opposition – UWOPA Tasks M7, Bobi Wine After Backing Kadaga For Speaker… 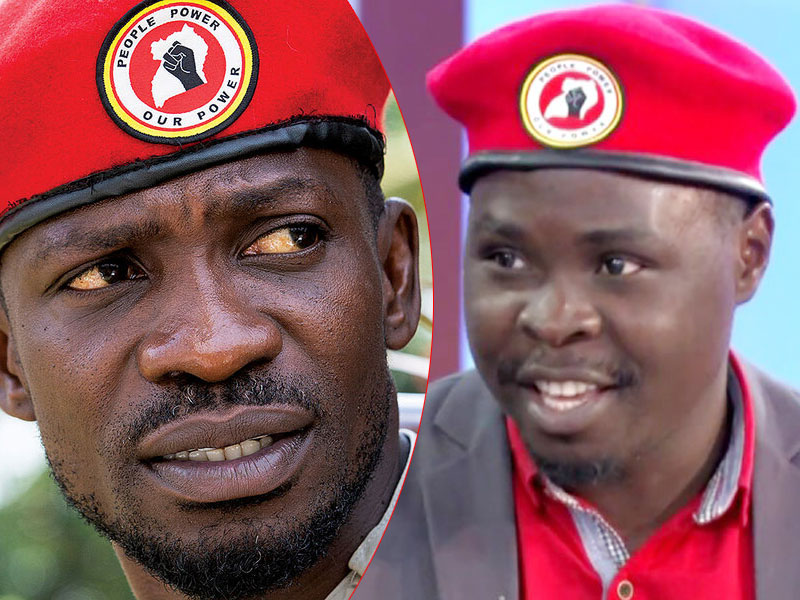 According to credible sources in NUP, the meeting is expected to take place next week at their party headquarters in Kamwokya.

Last week, Bobi Wine blasted his legislators for not giving enough support to their own (Zaake) when he was protesting deputy speaker Thomas Tayebwa’s ruling stopping him from debating the ongoing abduction of people especially in Buganda.

Even though Bobi Wine praised Zaake, Tayebwa referred him to the parliamentary disciplinary committee and the hearing of his matter kicked off on Tuesday.

However, sources in NUP revealed that Bobi Wine wants his legislators to put up a spirited fight to frustrate the move of disciplining Zaake.

These were days after the Speaker of parliament Annet Anita Among warned Zaake that parliament will take criminal action against him to recover the institution’s properties he declined to return after being removed from the position of the parliamentary commissioner.

Former Kawempe South MP Mubarak Munyagwa advised Bobi Wine to investigate Busiro East legislator Medard Lubega Ssegona who was acting as the Leader of Opposition on the day Zaake protested because he was the one who stopped other opposition legislators from joining Zaake and telling him to move out of the plenary.

One of Bobi Wine’s Personal Assistant Julius Katongole said that the motive of the meeting that Bobi Wine summoned is not to condemn or attack anyone but it is about guiding them on how to work together and use parliament to fight president Yoweri Kaguta Museveni’s bad acts against poor Ugandans.

He rubbished allegations making rounds that Bobi Wine summoned the legislators to introduce to them their new parliamentary leadership after firing Mathias Mpuuga Nsamba from the position of Leader of Opposition in Parliament. 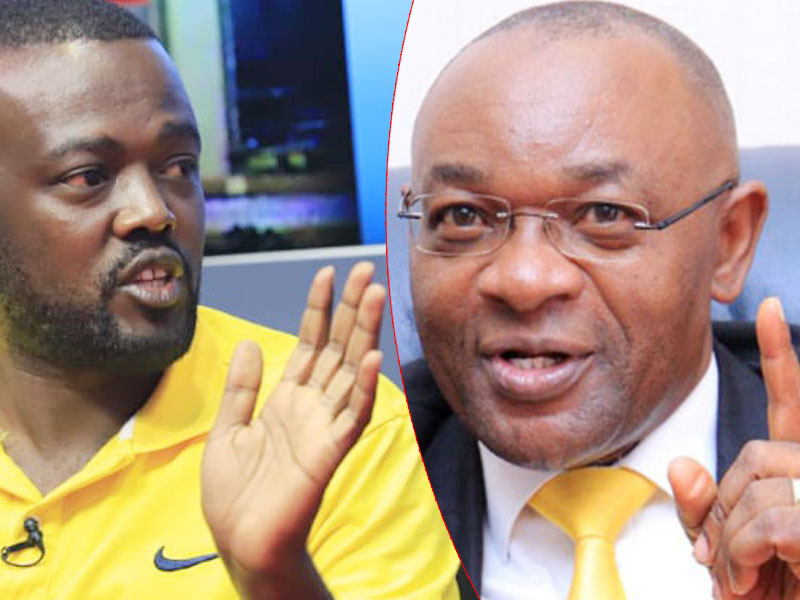 Minister Magyezi confirmed the development and said that the president directed him to present his findings to cabinet by the coming Monday so that the ministers discuss the matter.

He said that the president was very concerned with the allegation made by Burora and praised him for standing his ground and speaksoff to the alleged government officials.

Magyezi told theGrapevine that the president wants other Resident District Commissioners (RDC) to do what Burora did to inspect government projects for the good of the country.

Last week, Burora suspended the operations of Parish Development Model citing irregularities in implementing the program by allocating the funds to people who are not supposed to benefit from it.

“We have seen lists bearing names of people who are well off, who own cars, are salary earners and those who own big shops being fronted for Parish Development Model. The project was intended for the 39% population that lives hand-to-mouth, not those who surpassed that level,” Burora said. 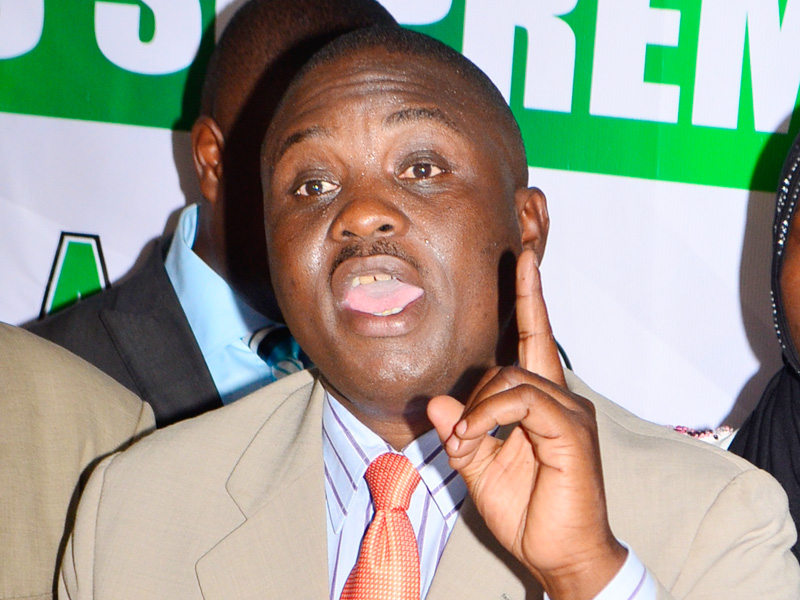 Lukwago said that he has landed on clandestine plans designed by KCCA technical wing bosses and ministers to procure 10 acres of land in Kampala Central Division at a price of USD100m which is very high.

He revealed that the said land that is situated in Kisenyi parish belongs to John Bosco Muwonge, a city businessman who they want to front to built a public market as Museveni directed.

Last month, Museveni met KCCA bosses and directed them to build at least two public markets in all the five Divisions that make up Kampala city.

Lukwago said that without following the legal procedures, some fraudulent city businessmen have started approaching KCCA to offer their land to be purchased for the market with big commission offers to some KCCA bosses.

Lukwago insists these businessmen want to sell their land to KCCA at a high price without following the legal requirements and it is the reason why he has summoned the city council meeting to discuss the matter next week.

When contacted, Joseph Kabuye Kyofatogabye, the KCCA State Minister rubbished the accusation, and asked Lukwago to prove his allegations with evidence.

“For me, I don’t know how to execute deals but I know Lord Mayor Lukwago is an expert in making deals,” Kabuye said.

OPINION: Journalists Are Now Crying Because They've Been Victimised But It's Not New - Andrew Mwenda Speaks Out On Police, Military Brutality...

Veteran political reporter, Andrew Mwenda, has reacted to yesterday's ugly proceedings where the police and military